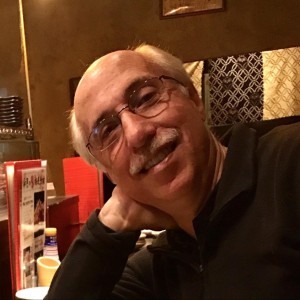 Genki took over from what was Everybody’s Pizza in Virginia Highland.  Since then, they have not received much press negative or positive.  I have always passed by and noticed the openness of the dining area.  The front has a bar where you can eat, and people watch, but I have never actually been inside. Recently, I noticed the Groupon for Genki, and decided to try it out.  The Groupon was a set menu for two that normally cost $55 dollars, but with the Groupon it was just $25.

Genki gets 3 stars from us here at Food in Atlanta.  The atmosphere is pretty nice, but besides that I was not extremely impressed.  I could probably name five sushi restaurants I would go to before Genki.  Its kind of like Ru San in the sense that it is a much more commercially American restaurant but the difference arises in the fact they do not possess the same liveliness and atmosphere as Ru San.

The biggest complaint I had, was the quality of food in relation to the price.  We started out with the cheese Kari Kari, which is a pretty hard dish to mess up.  Its just fried wonton with cheese inside.  The second dish we shared was the Spicy Tuna Roll.  The roll was good, but nothing special.  We then shared the BBQ Chicken bowl, which was by far the best dish of the night.  Normally the bowl is $15, but its the same quality as something you could get for $8-$10.

I don’t want to make it sound like its all bad because its not, but it is important to know what you are getting into before you go.  If you are going for a couple of drinks and an appetizer or a roll, then you should be pretty happy.  If you are going to Genki because you want a nice dinner in Virginia Highlands, however, I might recommend some other places.

Sign up for the latest and greatest from the ATL food Scene.

All Rights Reserved Food In Atlanta